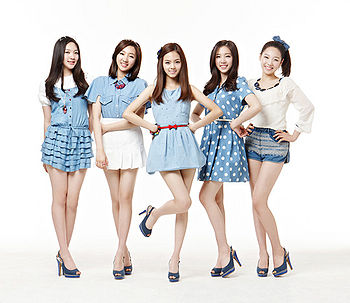 PURETTY (퓨리티, ピュリティ) was a Korean girl group formed by DSP Entertainment. The group' name is a portmanteau of the words "Pure" and "Pretty". The group debuted first in Japan in 2012 under Universal Music Japan. Prior to their debut they become characters for the Japanese anime series Pretty Rhythm: Dear My Future, which ending theme song, "Check It☆Love", was later released as the group' debut single. In January 2014, DSP Media announced that the group had been disbanded with the possibility of its members debuting into other new groups in the future.