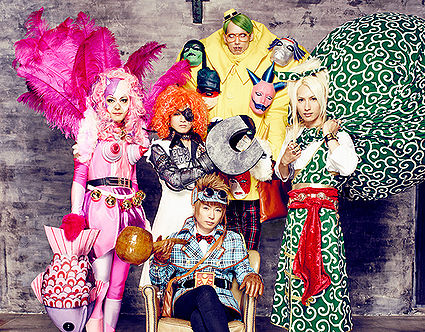 Psycho le Cému (サイコ・ル・シェイム) is Japanese visual rock band with a flashy costume and powerful rock performance. They are a cosplay band that have been together since March 1999. Signed to Nippon Crown since 2002, their musical style ranges from dance/electronica, Pop Punk, Hard Rock, to Metal. While their musical style covers a broad range, it is most frequently "poppy" while their alter ego band, Bad Boys, Be Ambitious, is more hard rock. They are known for their outrageous costumes based on anime, manga, video games and legends. Generally, each single/album has a certain story to it, such as with Yume Kazaguruma, where the story their outfits and such center around is "Momotaro" or "Peach Boy". They have successfully toured throughout Japan and recently completed their second tour of the United States in early 2005.

The band decide to disband. They held a "final" live in May 2006. Each member going seperate ways. DAISHI pursuing his solo career, Lida and YURA-sama are in Dacco, and AYA is back to his old band ISABELLE with seek.

In 2009 the group got back together to celebrate their 10th anniversery. They scheduled three concert performances for this occassion. They came back once again in 2015. 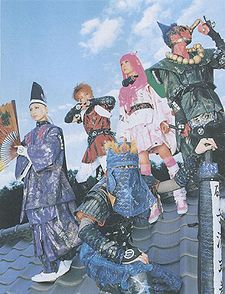 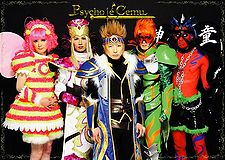