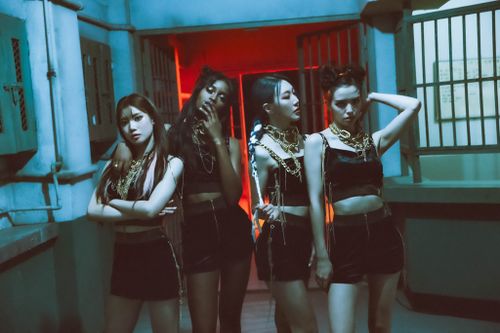 Blackswan (블랙스완), also written as BLACKSWAN, formerly known as RaNia (라니아, shortened from Regeneration Idol of Asia), is a Korean pop girl group that debuted in 2011 under DR Music and was initially produced by Teddy Riley. The group consisted of members from Thailand, China, and Korea who were fluent in English, Japanese, Chinese, and Thai, however after Sarah, YiJo and Joy left, they became a full Korean group, until the addition of African-American rapper Alexandra and Chinese vocalist Ttabo.

The group changed their name to Blackswan in June 2020. 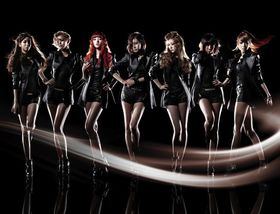 RaNia was first announced to debut in November 2010 as a eight-member group; however Sarah left the group before their actual debut. Other pre-debut members were Park Sori and Data Daranchas. The group debuted six months later in April 2011 with the digital single "Teddy Riley, The First Expansion In Asia". The group was also expected to debut in America with an English version of the digital single lead track (also included on the Korean release), but this was later cancelled

Only a few days after their debut a new member was introduced, YiJo. She was a last-minute addition to the group after Sarah left the group, hence she did not promote the single with the group (as she needed more practice). However, she appeared briefly in their debut music video and on the early promotional pictures of RaNia. YiJo left the group soon afterwards.

After the release of their debut single music video and their first live performances, a controversy arose surrounding the sexually suggestive choreography and outfits. Subsequently, the group changed the choreography and the member's outfits for their performances in order to not be banned from TV broadcasts. 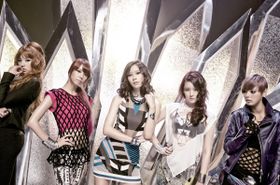 In response of the controversy Teddy Riley uploaded a new version of the music video on PMGASIA official YouTube Channel titled "Dr Feel Good (Too Hot For Netizens)", although he eventually parted ways with the group in 2011, saying he could no longer work with DR Music.

The group signed with a Spanish label, INGENIOmedia for a Spanish advancement. When asked whether Riko would be taking part in the upcoming comeback, INGENIOMedia announced that Riko had left the group. However, they then released a clarification statement saying that there had been a communication error and that DR Music would have to release a statement about Riko's status in the group. No such clarification was ever made, but fans have noted that Riko has not appeared with the group for a while, and interpreted this to mean she has left.

INGENIOMedia cut ties with RaNia soon afterwards following a controversial event in which they purposefully leaked RaNia's comeback track "Acceleration" to a fan, forcing DR Music to do damage control and start work on a new single. INGENIOMedia then informed DR Music that the comeback was "taking too long", and said they were no longer willing to work with them. 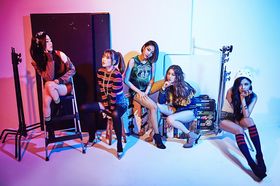 In late fall of 2014, fans became worried when they realized that Yina hadn't appeared with the group since earlier that summer (July) and all the other members unfollowed her on social media. No information has come forwards regarding her position in the group, but fans speculate that she has left as well. At the same time as Yina's supposed departure, the group added a new member, Sharon Park. In January of 2015, Jooyi stopped attending live performances and was seemingly replaced by a new member, Hyeme. When asked about the change, DR Music stated that Jooyi was simply on hiatus and that Hyeme was a trainee. Later that year both Jooyi and Riko released solo music.

In April of 2015, it was revealed that Sharon had left RaNia and Hyeme had become a member. In July 2015, the group performed at an event after months of hiatus and revealed a new member Seulji. In October 2015, the group announced the release of their third mini-album Demonstrate after over two years of hiatus. A sixth member, African-American member Alexandra was announced the day before their debut, becoming the first African-American member of a Korean girl group. 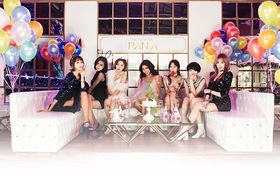 On May 26, 2016 it was announced that the last original members Di, T-ae, and Xia had left the group and company. The group's comeback was postponed until August. It was also revealed that members Alexandra and Hye Me would be forming a sub-unit.

On June 26, 2016, RaNia performed at an event in China with 3 new members: Ji An, Crystal, & Ji Eun, a former member of LPG all trainees who could potentially join the group. Ji An and Crystal were not added to the final lineup. 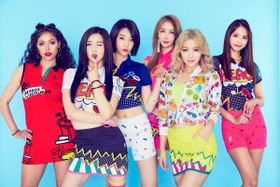 On December 22, a teaser was dropped for the group's upcoming comeback. It was revealed that there were two new members along with the return of former member Saem (now Yina). They also underwent a name change from RaNia to BP RaNia, with BP standing for "Black Pearl".

Yina left the group in June 2017 for the second time. On August 19th, it was confirmed by DR Music that Alex was no longer a member of the group. On November 7, Ttabo announced her departure from the group via Tik Tok.

On June 26, 2020, Hyeme announced via her Instagram account that she was the only member left and the group would be renamed to B.S (later revealed as Blackswan) with new members. Later, Youngheun and Leia (formerly Larissa) confirmed that they were still members. Two new members, Judy and Fatou were announced. Fatou is Senegalese and Leia is Brazilian-Japanese.

On November 9th, amidst promotions for their new album, DR Music terminated their contract with member Hyeme after she admitted, in part, to allegations that she manipulated a fan into lending her a considerable amount of money. 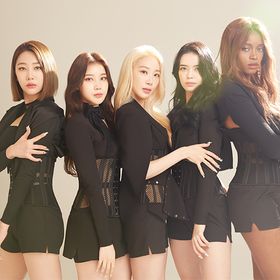 Note: All releases are under the name Blackswan unless otherwise specified.