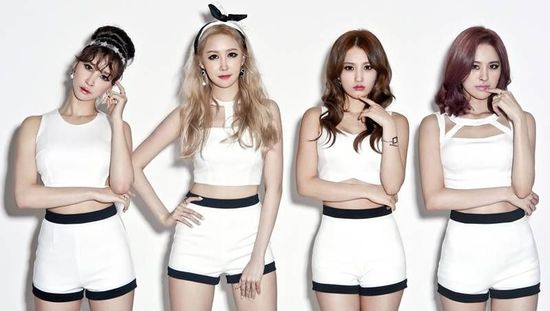 LPG (엘피지, shortened from Lovely Pretty Girls) was a Korean pop/trot girl group that debuted in 2005 under Aquagro Entertainment.

The first generation of LPG was formed by four tall models: Hanyoung, Yeonoh, Sooah and Daeun. The group debuted on October 10, 2005 with their first album Long Pretty Girls and the song "Can Can", a song performed in the Can-can style, was used as the lead track. The song was referenced and parodied in many variety shows.

With a sexier image, LPG released their second album LPG 2 on September 28, 2006. The lead track "Palbegae" has a Latin feel and a rhythmic beat. The album only sold 2,359 copies and debuted at #33 on the charts, and left on the second week.

On March 19, 2008, the departure of Hanyoung, Yeonoh and Sooah was announced. On August 7, 2009, the group released their third album Lucky Girl with a new line-up consisted of Daeun, Yumi, Semi, Gayeon and Suyeon.

In 2010, Daeun announced her departure from the group to focus on her acting career. She was replaced by Eunbyul and then the group came back with their third digital single "Sarangui Choinjong".

After a 2-year hiatus, LPG had a comeback on November 9th with their first mini-album Hyonyeosidae and a new line-up, formed by Lahee, Rika, Lani, Jiwon, Yuju, Riwon, Songha, Ahyul and Jieun.

In 2015, it was announced the departure of Lahee, Rika, Lani, Yuju and Ahyul. The remaining members made a comeback with the fifth digital single "Neurimbo" on August 21st.

In July 2016, Jieun announced her departure from the group and later joined RaNia. In October the disbandment was announced.