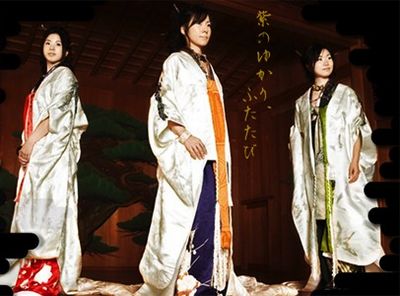 Rin' was an instrumental female group under avex trax, consisting of 2003 graduates from Tokyo National University of Fine Arts. They are known to combine traditional Japanese musical instruments with modern, pop-like musical elements, creating a unique traditional music. Their group name comes from the English word "Ring" , the Japanese word "Wa" (meaning "Ring" and "Japanese-style"), and their aspiration to create a "Ring" (in other words, "Circle") of music.

In 2006 the group debuted in the US under Domo Records with the album Inland Sea.

In February 13, 2009, it was announced that the group had disbanded.