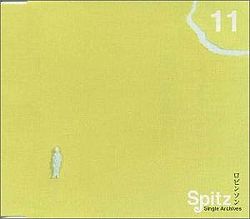 "Robinson" is the 11th single released by Spitz. The title track was used as ending theme song for the TV show Imada Kouji no Shibuya Kei Ura Ringo. In 1996 the song was also used as insert song for the drama Hakusen Nagashi and in 2001 it was used as Kirin Gogo no Koucha CM theme song. The single was released in a LP format four months later, including their 12th single, "Namida ga Kirari☆", as B-side. The single reached #4 on Oricon charts, and charted for 36 weeks. As it sold 1,594,310 copies in 1995 it become the #9 single of the year.