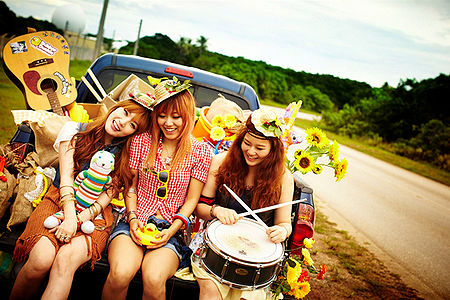 Rubber Duckie (러버더키) is a Korean Pop/Rock indie girl band debuted in 2010. The band first formed in 2004 and dissolved only one year later, in 2005. However, in 2009 they re-joined to form Rubber Duckie and started working on their debut digital single "I Am a Single". Member Baeky left the band prior their first album release, and new member Sunny filled her space.