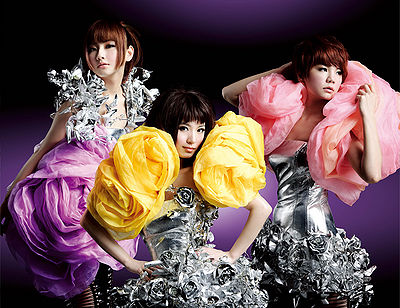 S.H.E is a popular Taiwanese Mandopop girl group who debuted under HIM International Music in 2001. Formed after the HIM sponsored talent competition, "Universal 2000 Talent and Beauty Girl Contest", the group was meant to bring freshness to mainstream Taiwanese pop. Their debut album and subsequent albums sold impressive numbers, but the group was criticized for their off-key singing. Their breakthrough came with the release of their fourth album, Super Star, which featured stronger pop-rock influences. Since then, S.H.E has remained the top girl group in Taiwan.

In October 2010, the group had to go on hiatus after member Selina Ren was involved in an explosion on the set of the filming for the drama "I Have a Date With Spring" along with actor Yu Haoming. Suffering third degree burns on over half her body, she had to be hospitalized.

S.H.E is derived from the first letter of their English names (Selina, Hebe, and Ella). 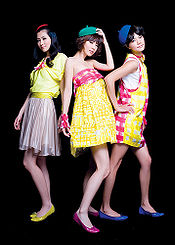