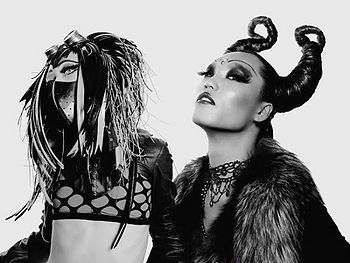 SEILEEN is a gothic-industrial duo. The group is composed of Selia and DJ SiSeN, and rely on the help of keyboardist KALM (ex-VELVET EDEN), among other musicians. They began in 2005, both in Japan and in Europe.

In 2005, after a meeting between the two musicians, Selia and SiSeN decided to join to a project, blending gothic industrial sound with classical music. Thus was formed the SEILEEN (which originally was called by the name Selia+SiSeN).

After that, the SEILEEN participated in the international tour "Tokyo Decadence Tour" aimed to present to the world club scene undergrounds and fashion side of Japan, winning some fans with his sound mysterious. But despite the recent partnership, Selia and SiSeN and also continued his solo projects.

In April 2009, SEILEEN had its first release, the highly anticipated mini-album Kinjirareta Asobi launched by the Darkest Labyrinth label, label specializing in goth and industrial bands, which is owned Kiwamu, guitarist of the bands BLOOD and GPKISM.

In July 28th, 2010, they released a new EP, limited to 1000 copies, called Requiem D-moll, under the label Darkest Labyrinth.