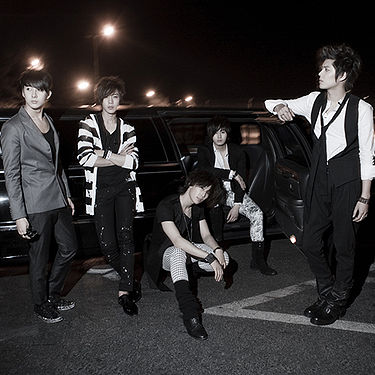 SS501 (더블에스501) is a 5-member group, currently on hiatus, that debuted on 2005 with their song "Warning" and are best known for their 2009 hit song, "Love Like This". The members were chosen through auditions or were scouted by scouting agents. The group was signed onto DSP Entertainment label, but left the company in 2010. In Japan, they are published by Pony Canyon. Since 2010 the members are promoting their solo releases in different labels, but they announced that the group hasn't disbanded.

The first "S", of their group name, stands for "Superstar". The second "S" stands for "Singer". The numbers 5,0 and 1 means "five members united as one forever."