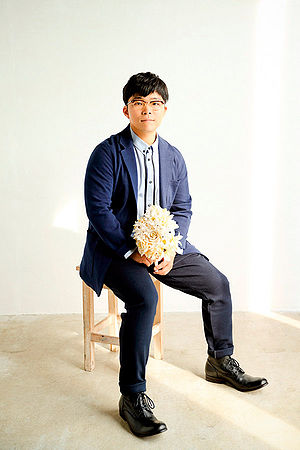 Sakai Yu (さかいゆう) is a Japanese singer-songwriter managed by Office Augusta and signed to the Ariola Japan label. His music is known for having influences in American R&B and soul.

Sakai lived in a household with parents who exposed him to Enka. Ever since he was young, he loved to sing. It wasn’t until he graduated high school that he seriously considered pursuing a career in music.

At the age of 20, he enrolled in the Tokyo School of Music. When Sakai turned 22, he moved to Los Angeles and started learning to play the piano on his own. Inspired by LA’s downtown urban music scene, he began to compose music incorporating various African-American genres. Once his visa expired, Sakai returned to Japan to write music for other artists and worked mainly as a keyboardist and backup vocalist.

In April of 2006, Sakai made his independent debut with the album "ZAMANNA". One song in particular, "Midnight U…" was featured as the Single of the Week in the iTunes music store, cementing him as a rising newcomer in the Japanese music scene. In October 2009, he made his major debut under Ariola Japan with the single “Story” which charted for five weeks on the Oricon charts.