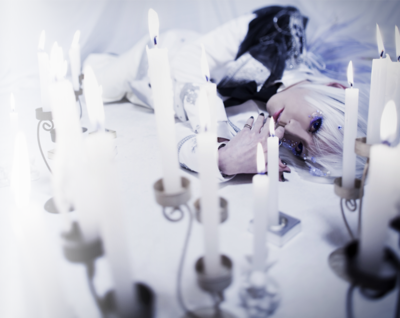 Satsuki (砂月) is the former vocalist of the Japanese rock and visual-kei band RENTRER EN SOI, which was formed on June 18th, 2001 and disbanded on December 25th, 2008. On Valentine's Day 2009, Satsuki opened his official website "THE MOON" and announced the release of his debut single and first live, both in May. 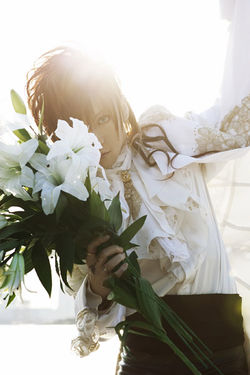 Two months after RENTRER EN SOI disbanded, Satsuki opened his official website on Valentine's Day 2009. On the site he announced the release of his debut single "AWAKE" on May 9th and his first live, a one-man concert titled AWAKENING TO MOONLIGHT, at Shinjuku MARZ on May 16th. Though before both could happen, Satsuki held a secret live at "somewhere in Tokyo" on May 4th. On May 6th "AWAKE" was released digitally through iTunes, and the physical version was released as scheduled through his official online shop and at lives. Rounding off May's activities was a photography event at Shinjuku's Jishuban Club on the 30th.

In June Satsuki held his second one-man concert, again titled AWAKENING TO MOONLIGHT, at Osaka Shintoshin club Alive on the 19th. He then had another photography event, this time at Osaka ID.PILOT DEAD ONE on June 20th. In early July he was in Los Angeles, California for the J-Rock Revolution on the 2nd for the fashion show, where he was a judge. On the 4th he was at Anime Expo for autography sessions and had a live performance later that day. Ending off July was an acoustic live and talk event at Shibuya J-POP CAFE on the 23rd.

Satsuki released his second single "CRYSTAL" simultaneously through iTune's store and his official online shop on August 21st, and three days later he had his third one-man concert called PEER INTO YOUR CRYSTAL HEART at VUENOS TOKYO. In September he was again in USA for an overseas performance; he was in Las Vegas on the 5th. For two dates he played lives in "secret certain places" on September 24th and October 13th. From October 30th to November 1st, Satsuki was at Oni-Con in Texas. On November 7th he was a special guest at a fashion show sponsored by KERA. He also had a live at the event. The last activity of 2009 was his fourth one-man concert, called MOON SPIRAL, at Shibuya Partyroom JEEKAHN's on December 25th.