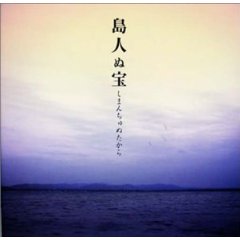 "Shimanchu nu Takara" is the 23rd single released as BEGIN. The title track was used as the image song to NHK's 30th anniversary of Okinawa Mainland Return also was used as the opening theme song to RBC's TV show Shimanchu nu Takara. The single reached #47 on the weekly Oricon chart, and stayed on the chart for a total of sixty weeks. The song became the theme song of Okinawa. The third track on the single was named as the greatest song title and abbreviated as Soredemo....