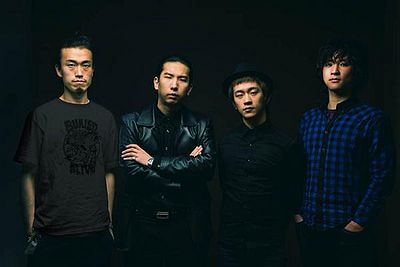 In the summer of 2001, Suck Stuff formed performing at many high schools. That same year the band created the BPJC record label. The following year, the band released their first mini-album. In 2002 the original bassist, Gang, left the group and was replaced by a new bassist, Yoon. In the winter the first BPJC compilation was released.

In 2003 the band contributed a song to the We Are The Punx In Korea compilation called "D.D.Y". A music video for the song was made as well. That summer, drummer Kim Byeong Seob, left the band to perform his mandatory military service. He was replaced by a drummer named Cho. Unfortunately in the winter of the same year, Cho too was called to perform his military service. A new drummer named Cho Sang Hyun filled in during recording sessions and live at various club shows.

In 2004 the band got yet another drummer, Hyuk Min and released the Just Like A Punk Rocker mini-album and accompanying music video.