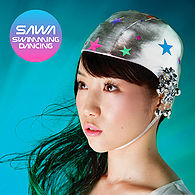 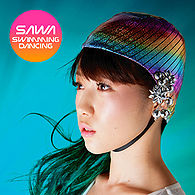 Swimming Dancing is the fourth overall and second major mini-album released by SAWA. This was released in two different CD only versions. The limited edition comes with two extra tracks: an "Extended Club Mix" of the titular song "Swimming Dancing" and a "good morning" remix of "Stars" (orginally from TIME&SPACE) by Jazzin'park. The "good night" remix of "Stars" by Jazzin'park is available on both editions. The mini-album reached #210 on the Oricon charts, where it charted for a week.