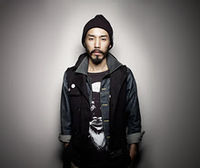 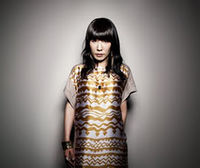 THE LOWBROWS are a Japanese electro duo comprising of CHAKI and EMI, formed in 2005 and debuted in 2008.

THE LOWBROWS are a duo created in 2005 by CHAKI and EMI. CHAKI playes a variety of instruments including guitar, wooden bass and turntables, and has been performing as a DJ for several years. He has performed with Digitalism, The Bang Gang Deejays, Hot Chip, Friendly Fires, N.A.S.A. and Danger. EMI is a trained classical musician.

Their first EP THE LOWBROWS EP was released in March 2007. In February of 2008, Melody and Shudder, which was unreleased at the time, was remixed by DEXPISTOLS and included on their remix CD Lesson 4. In October of 2008 a limited vinyl THE LOWBROWS vs 80KIDZ SPLIT EP was released. This was shortly followed by their debut album For Whom The Bell Tolls. This album was followed up by their second album Danse Macabre in 2009.