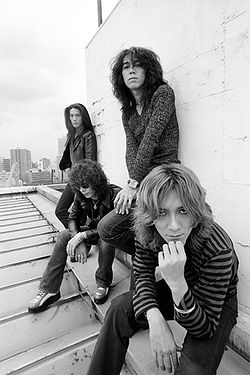 THE YELLOW MONKEY was a Japanese rock band. The band was founded in 1988, modelling their make-up and image on glam rock acts such as David Bowie and T.Rex. As their music matured, they began to draw on influences such as grunge (Nirvana), hair metal (Def Leppard) and even progressive rock (for instance on the track "Rainbow Man" from "Sicks").

The band released their final single "Primal." and did a farewell concert in Tokyo Dome in January 2001, disbanding in 2004.