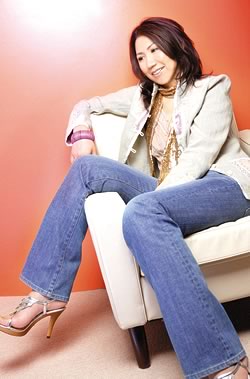 Takahashi Yoko (高橋洋子) is a Japanese pop artist. She is most famous for the songs "Zankoku na Tenshi no Thesis" and "Tamashii no Refrain", which she has contributed to the Shin Seiki Evangelion anime series. She has also contributed songs to other anime series such as Pumpkin Scissors and This Ugly Yet Beautiful World. She is under currently the Geneon record label.