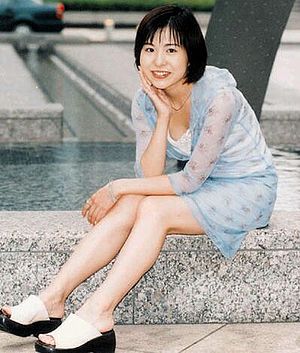 Tange Sakura (丹下桜) is a Japanese pop singer and anime seiyuu, signed with Aoni Production. Tange wanted to become an voice actress ever since a kid. After high school, Tange went onto attend Tokyo Announcer Academy. Soon after, she entered coaching school where she was spotted by agents of Aoni Production. She became very popular in the 1990s as a seiyuu idol and is well known worldwide for her role as the character Kinomoto Sakura in the anime Cardcaptor Sakura. She also debuted as a singer in 1995 with the album Love Stories.

In 2005, it was announced that Tange was married to a worker from WONDER-NET.