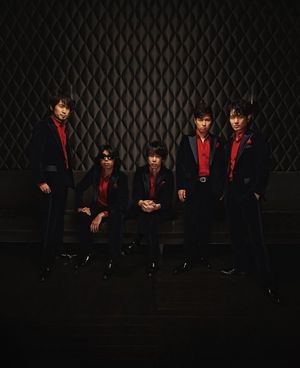 The Gospellers (ゴスペラーズ) is a Japanese a cappella group signed to Ki/oon Records label. They are noted for their intricate harmonies, as well as the exquisite musicianship of all 5 members.

The group was formed in 1991 by the members of Waseda University's a cappella club "Street Corner Symphony". They released their first mini album "Down To Street" from File Records in Aug. 15 1994. After some changes in membership line up, they made their major record debut with their single Promise released from Ki/oon Records.

The group's 14th single Towa ni, and 6th album Soul Serenade, both entered the Oricon chart and set records for amongst the longest staying records in Oricon history. Their 16th single Hitori reached no. 3 on the Oricon chart, which marked the 1st occasion a complete a cappella piece reached the top 3 positions of a Japanese music chart.

In March 10th 2004, they released their 9th original album Dressed up to the Nines which contains 12 tunes including "Right on, Babe" "Shin Osaka" "Machikado-on the corner-" (the theme music for JRA's 50th anniversary) "End roll" (the ending theme for Super Channel's program "ER"). The group embarked on their tour "The Gospellers' Hill Tour 2004 'Goukyu'" in April 16th.

In addition to their work as a group, they have worked as composers, chorus, producers etc for other artists, both as a group and individually.