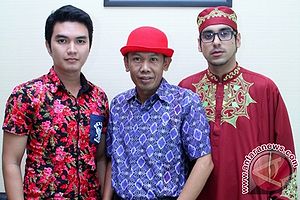 Trio Ubur-Ubur was a well known Indonesian betawi boyband, formed on December 22, 2013 under the label of Amanah Surga Productions; consisting of Ucup, Aldi and Bobi. Their music style involved a betawi, dangdut and lively pop.

Their first single was Munaroh Bang Ocid Datang who was released on January 2, 2014.