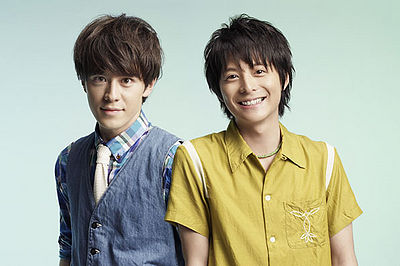 WaT is a singing, acting, music writing and instrument playing duo, exploded onto the Japanese pop scene with their first major release in November 2005. After performing songs in the street for three years, WaT has risen to the top of the music industry with sales comparable to long established music figures.

WaT is short for the names of the members: Wentz Eiji and Teppei Koike.