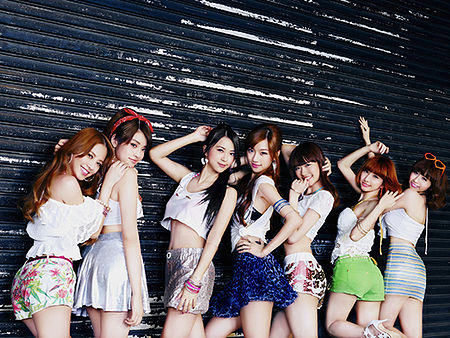 Weather Girls (ウェザーガールズ) is a Japanese pop group made up of six girls from Taiwan. The group was created in the Summer of 2010 by Next Media, and they appeared on TV during the forecast broadcast as "background" for the reports. In Japan, they are signed under Pony Canyon label and managed by Ritz Productions Ltd.. Since the group creation and prior their Japanese debut, there has been around 24 members. In October 2013, DARA was removed from the group. According to Ritz Productions, she was removed due to her repeated abandonment of work, despite its successive warnings and encouragement.