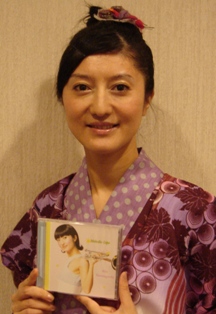 Yamaguchi Riera (山口リエラ) is a former talent and singer. Yamaguchi got her start in 1991 when she starred in various commercials. Soon after, she ,made her debut in doramas, variety shows, and even as a singer with the single "Pure" in 1993 under the name Yamaguchi Rie. Ten years later, she changed agencies and change her stage name Yamaguchi Riera. But, two years later in 2005, Yamaguchi retired from the world of show business and married her former elementary schoolmate. The couple had their first child, a girl, in 2009.