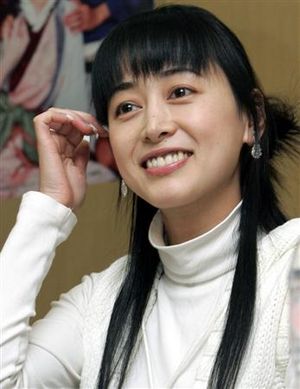 Born as the youngest of third daughters, Yokoyama Chisa started her career as a voice actress in 1987 when she appeared in the OVA Black Magic M-66. Yokoyama would also be involved with the Shounen Jump's television show, Jump Broadcasting Station, as one of the assistants. She always wanted to be a voice actress ever since watching a Lupin III movie when she was a young child. She has expressed that she is a big Lupin III fan and even had the original manga's artist, Monkey Punch, illustrate one of her essay books, "Lupin ni Aitakute". In anime, games, and OVAs, Yokoyama frequently performs in roles with a range from young boys to young girls.

Yokoyama would gain more roles in 1990 like in the television show Oboccha Makun, as she replaced Koujiro Chie as the main character for a while Koujiro was on maternity leave. She went onto to perform another main character in the OVA Ginga Ojousama Densetsu Yuna, giving Yokoyama the title of voice actress idol. But, it wasn't until a year later in 1996 when Yokoyama performed as the character Shinguji Sakura in the game series Sakura Taisen. The game series become popular in Japan as it would produce various televisions shows, OVAs, movies, and even live action musicals that Yokoyama was involved in.

Yokoyama also debuted as a singer in 1991 with the single "Jungle de Asobou". Later on, she would be involved with various musical units like Pink Rainbow and W's.

In 2009, Yokoyama blogged that she recently got married. 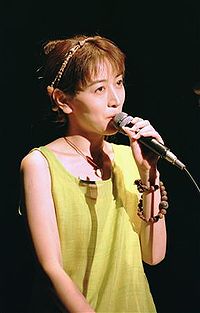