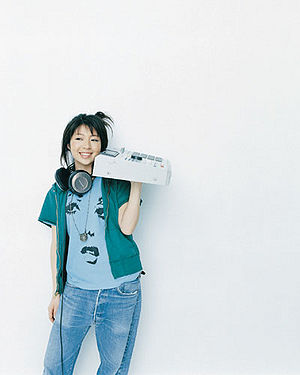 Yuhara Yuki (ユハラユキ) is a Japanese pop-rock singer/songwriter with Universal Music. In late 2007 she moved to MCS records and released one album as JUNE. Since then, she has not released any new material, except for her uploads to YouTube or niconico.

Yuhara Yuki was born in Sydney, Australia but because she moved back to Japan six months later with her family, she has no memory of the continent. At the age of 17 she entered a theater company with hopes of becoming an actress, but later reconsidered and aimed to be a singer instead. The following year she began writing and singing music and the year after that she performed her first lives in Yokohama, Shibuya, and Harajuku. In 2002 she became more focused on writing music. She became acquainted with IPPEI, the frontman of FEEL, in 2004, and with his help made her first demo tape the next year. She was then signed to Universal Music Japan.