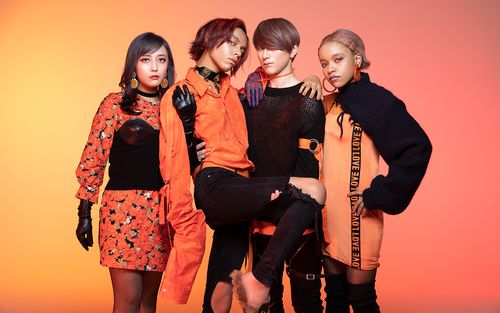 Ziyoou-vachi formed in Kobe in 2009, and after playing together for about a year they were chosen to play on the extremely selective "Rookie a Go-Go" stage at Japan's mammoth Fuji Rock Festival. Their performance there caught the ears of Japan's rock fans, but what really brought them to prominence was a landmark gig at a secret party held by the fashion brand Hysteric Glamour last November. After that night, they became the talk of Japan's fashion cognoscenti.

In March of 2011, they started selling their first self-recorded CD's at live shows. Those CD's, Hime-sama Oranshin and Kinboshi / Shibou Yuugi, quickly sold out, and allowed the band's label Ziyoou Records to release their next recording Majogari nationwide. They made their major-label debut on Sony Music Associated Records in fall 2011. The night she announced their decision to sign with a major, bandleader Avu-chan decided to share the band's reasoning, which was basically that they'd "get to wear way more awesome clothes" and "push to even further levels of excess."