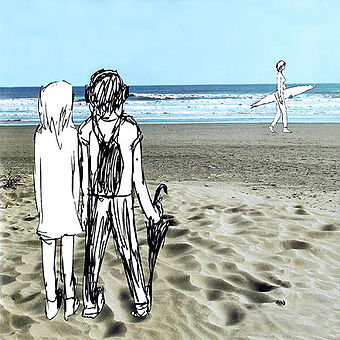 Zukan is the second major and fourth overall album released by Quruli. A year after the first release the album was released in vinyl format with two records. The tracklist is tracks one to four on Side A of record #1, tracks five to eight on Side B of record #1, tracks nine to thirteen on Side A of record #2, and tracks fourteen and fifteen on Side B of record #2. Five years after the initial release the album was re-released as a low-price edition, and three years after that the low-price edition was re-released. This edition was a limited time offer that expired in March of 2009. The album reached #20 on the Oricon chart, where it charted for four weeks.