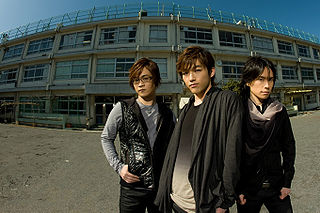 absorb is a Japanese pop band signed to Nippon Crown. The group was formed in April 2005 and gained attention by releasing music through the video sharing website Nico Nico Douga. In 2008, they made their major debut with the single "Sakura no Ame". The band's name is derived from the idea "Subete wo kyuushuu shiteiku" (すべてを吸収していく; We will absorb all).

absorb was formed in April 2005 by Sasahara Showta, a high school dropout, and Mori Halyosi with the name S+H (Sasahara + Halyosi). They were later joined by Nakamura Hiroshi in August of the same year. In November 2005, as a music trio, they changed their name to absorb and made their independent debut. In June 2007, absorb released their debut indie single, "Tonaride", followed by "Michdou" in October of the same year. In December 2007, they started to release music through the video sharing website Nico Nico Douga with additional vocals by the popular virtual idol Hatsune Miku from VOCALOID under the name halyosy.

In 2008, they signed to Nippon Crown and made their major debut in November with the single "Sakura no Ame" featuring Hatsune Miku. In April 2009, they released their second major single, "Ai no Uta", with Mori and Sasahara as the main vocalists. A month later, their debut album we walk abreast was released.

absorb's first release in 2010 was in April, a mini-album about student life called Gakuen. The opening song, "wanna be friend", expresses the feelings of meeting people for the first time at a new school. Other themes on the mini-album include love, bullying, extracurricular activities, and graduation. 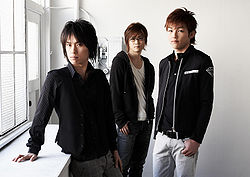