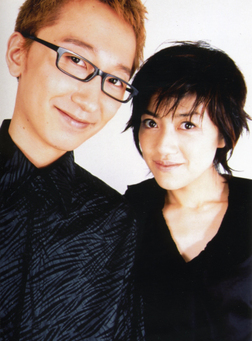 cousin (カズン) is a Japanese pop duo that formed in 1995. Koga and Urushido first met at a Tokyo studio in 1992 and went onto to perform music together in various clubs and lives. In 1995, the duo was given the name cousin and released their first single "Ai Nante Shinjinai". The group didn't score a hit until their third single, "Fuyu no Fantasy", was released, selling over 700,000 copies.

From 1999 to 2001, the duo took a hiatus due to Koga having a child. But when the hiatus was over, cousin started to release new material again under a new label called cousin as always label.