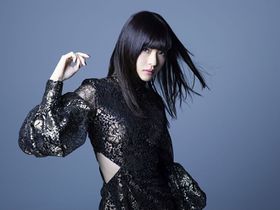 ASCA is a Japanese pop singer signed to SACRA MUSIC. She was the 5th Anisong Grand Prix finalist alongside Suzuki Konomi. She made her debut in 2013 under her given name Okura Asuka, performing the second ending theme for the anime series Sakurasou no Pet na Kanojo. After focusing on her studies, she resumed her music career in late 2016, changing her stage name to ASCA before releasing her major debut single "KOE", used as the ending theme for the second season of the anime Fate/Apocrypha. Since then, she has released songs for various anime, such as Grancrest Senki and Sword Art Online: Alicization.

Her sixth single, "CHAIN", is released this week on February 26th.