From generasia
(Redirected from girl it's U (album))
Jump to: navigation, search 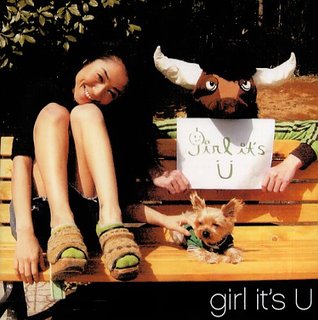 girl it's U is the self-titled pop project album recorded by eli, and her third album overall. It was released six years after her previous record 2000's dub reload and ten years since her debut record Bitch In Zion in 1996. The LP spawned one single "Lonely buffalo".