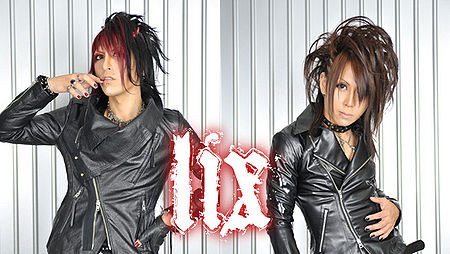 lix (リクス) (previously stylized as LIX.) is a Japanese rock band under the Starwave Records label. It was formed in 2009. They are currently on hiatus as of June 22nd, 2014.

LIX. was formed in 2009 by Yasuhiro and Yuu. Shortly after, the former members of Wednesday, SHO and RYU would join LIX. to become a four piece band. They distributed their debut single entitled "Noah" on January 30, 2010 at their first live house event and online. Following so, it was released on February 3rd the same year for stores. After filming a promotional video with Nippon Project for their second single, "Seimei no Shuuen", it was revealed that the release of the single would be on July 18, 2010 at Meguro Rokumeikan. [1] Ten days later the single would be released in stores and online.

Two months later, LIX. released a third single entitled "The swallowed world" on September 25, 2010 at their release party which was held at HOLIDAY OSAKA. On October 6, 2010, the single would be released in stores and online just as their previous singles were. After their first live sponsored event entitled Deadly Sanctuary on September 25, 2010, members Ryu, Sho and Yasuhiro would announce their departure from the band. [2] Kiwamu, owner of Starwave Records stated in an interview that the reason the three members left was because they weren't used to being Visual kei due to having no experience in the field, minus Yuu who played for SUICIDE ALI, a visual-kei band. [3] The last member, Yuu, changed the name of the band from LIX. to lix.

Sometime later, Chihiro joined lix and the band became a duo. In May of 2011, lix went on to release their debut mini-album as a duo entitled SICKS PAIN. After their mini-album sold out online and in stores, a revamped version SICKS PAIN ~SICKS RAIN 2nd press ver.~ was made. The revamped version included updates of all the tracks on their previous mini-album plus two additional tracks.

After their final live at Club ALIVE! on June 22, 2014 lix went on an indefinite hiatus.[4] Following their hiatus, Yuu decided to become a support guitarist for Sound Bee on September 5, 2014. 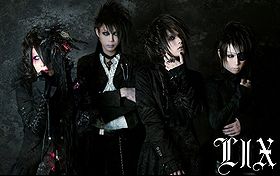