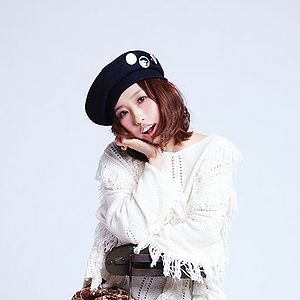 marina is a Japanese pop singer-songwriter signed to 5pb. Records. She debuted in 2010 as a vocalist alongside LiSA in the group Girls Dead Monster from the anime Angel Beats!. In 2013, she made her solo debut with the single "Kimi∽Tsunagu".

When marina was young, she had an interest in singing and participated in singing contests. In 2010, she made her debut by forming the group Girls Dead Monster with LiSA. In the group, she sang songs composed by Maeda Jun for the anime Angel Beats!. In 2013, she made her major solo debut with the single "Kimi∽Tsunagu". The single was used as the opening and ending theme to the PC game Shoujo Shiniki ~ Shoujo Tengoku -The Garden of Fifth Zoa-.