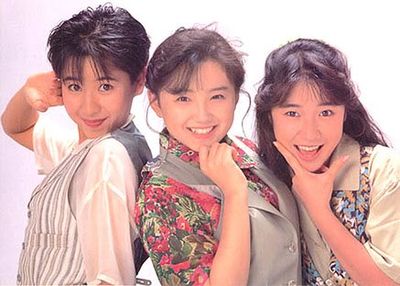 ribbon was form in 1989 from the Fuji TV television show Paradise GoGo's huge girl group, Otomejyuku. They were under the Tanabe Agency and was called a variety idol group. The first single,Little Date, was released on December 1989 with Matsuno on lead vocals. But, from second single and on, it was decided that Nagasaku would do lead vocals. Nevertheless, the group rose in popularity in the early 90s.

They disbanded after their final album, ROCK'N'ROLL RIBBON, in 1995. Each of the member went their different ways and went on with their own solo careers.