Difference between revisions of "KAMIJO" 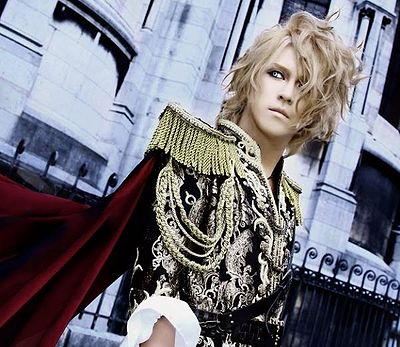 KAMIJO is the vocalist of visual kei band Versailles, and solo artist since 2013. 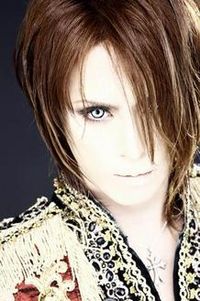 In the 1994, November KAMIJO formed LALIENE, the group was initially signed to Applause Records. The band gained success on the indie scene, shortly after they changed their name to LAREINE in 1996. On the following year, in 1999 they obtained their first major contract with Sony Music Entertainment, but in August 2000 the band suddenly disbanded. Then, Kamijo decided to continue his career as a solo project, still using the name LAREINE, and published the album SCREAM.

Kamijo stoped his solo project in June 2001 to start NEW SODMY with Mayu, LAREINE former guitarist. This band also didn't last very long, and disbanded shortly after the debut album released. In august 2002 Kamijo restarted LAREINE's activities, while still as a solo project. The former members took part in the project as support members, and in 2003 they re-joined the band (except for the drummer, Machi, who will be replaced by Kazumi). In 2006, Kazumi decides to leave the band for his own personal reasons, and shortly after Mayu left the band. The last live of LAREINE was held on the 31st of October with HIZAKI as a support guitarist.

KAMIJO also once composed "Chinmoku no Hane" (沈黙の羽根) for the KISAKI PROJECT and took part as vocalist on KISAKI's session band KISAKI & Kansai Kizoku, as a special guest. In June 2007, together with HIZAKI he formed a new band Versailles as the vocalist. The band went on hiatus in 2012 and KAMIJO decided to start a solo career. He released his first single in August 2013.