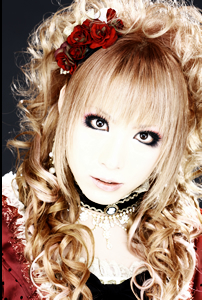 HIZAKI is a visual-kei guitarist, who has played in many bands, and has gone solo. His music is a mix between speed metal, hard rock and synthesizer melodies that sound like classical music. He doesn't sing, but instead he collaborates with various vocalists.

In 2005, he decided to break from his solo career and joined SULFURIC ACID. After the disbandment, HIZAKI formed a new band Versailles with KAMIJO. In 2007, he was also a support member for Juka. In 2013, he formed Jupiter with three other members of Versailles and the vocalist ZIN.

The following works are composed by and credited to HIZAKI. The list could be incomplete.