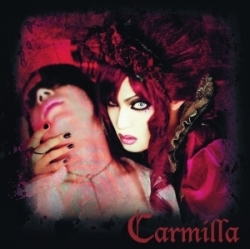 "Carmilla" is the fourth indie single released by Kaya. This was his last indie release until "Awilda" in 2010. The concept for the single was Carmilla a female vampire and the protagonist of a gothic novel by Joseph Sheridan Le Fanu. The next Kaya single to contain such concept was "Ophelia" in 2009. The single came with an 8-page booklet and a CD-EXTRA containing a digest video from his live in 2007.

The single reached #5 on the Oricon indies chart, becoming his most successful single on the chart. The single is not available anymore.