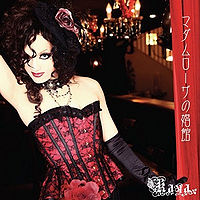 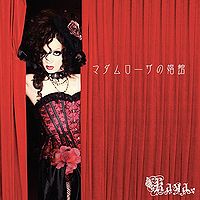 "Madame Rosa no Shoukan" is the ninth single released by Kaya. Like his past two singles, this single is inspired by a famous heroine. The single was inspired by the family of Elizabeth Báthory, also known as the "blood countess", and is labeled as one of the most prolific female killers in history. The single follows an overall theme of a "16th century harlot". The "musk" version of the single comes with a new novel Himotoku Madame Rosa, while the "aphrodisiac" version comes with a special sticker. The single failed to chart on the Oricon weekly chart.