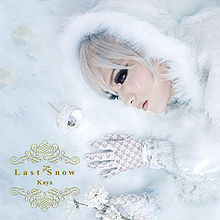 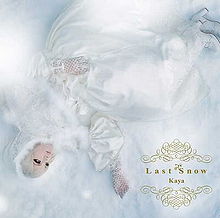 "Last Snow" is the sixth overall single (second major single) released by Kaya. This was released in two different versions: a limited CD+DVD edition and a regular CD only edition. The limited edition came with a DVD containing footage from his GLITTER Tour -The Glittering World-. The tour was to support his major debut album GLITTER. The regular edition comes with an extra song, "Perverse rendezvous". The single reached #157 on the Oricon chart, where it charted for two weeks.