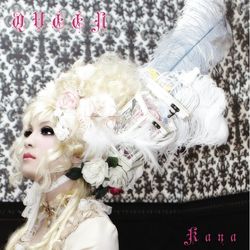 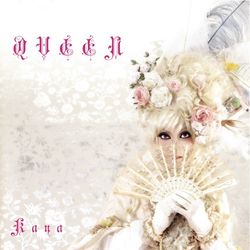 QUEEN is the second indies and third studio album released by Kaya. This was released in two diiferent versions: a CD only edition (B) that comes with the track "Sugar Rose" (which was previously released in CD-R format) and a CD+DVD edition (A) that comes with a DVD of the PV of the album's main promotional track "Transmigration". Included is a special piano version of his second major and 6th overall single "Last Snow". The album continues his latest in the Heroine Series, this time focusing on the Austrian Queen of France Marie Antoinette of the late 1700's. Kaya collaborated with composers Hora, Takumi (ex-RENTRER EN SOI), RIU (ex-metronome), and KALM (ex-VELVET EDEN). The album reached #126 on the Oricon weekly charts, where it charted for one week.