Difference between revisions of "Kokoro no Ato" 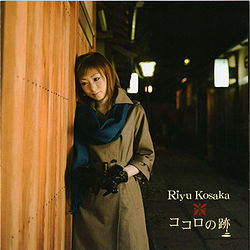 "Kokoro no Ato" is the sixth single released by Kosaka Riyu. The title track was used as the opening theme for the anime Mokke. The single reached #110 on the Oricon charts and charted for two weeks, selling 1,391 copies.