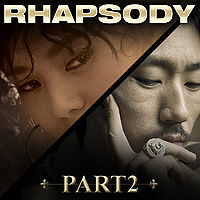 "Rhapsody Part 2" is the digital single released by t and Drunken Tiger. The single is the second part of the "Rhapsody" project. All the songs were later included on the project's album Rhapsody The Soul of Sound.