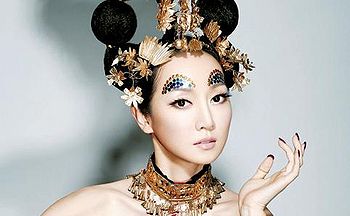 She released her debut album in 2001 using her real name, containing mainly easy-listening pop tunes. It would differ from the sound of her later albums, which have a heavier electronical sound.