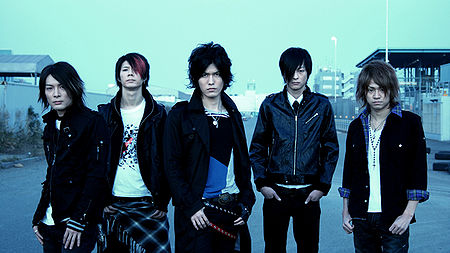 ACID was a Japanese rock band signed to Akatsuki Label, a subsidiary of J-Rock Records.

After SIAM SHADE disbanded in 2002, Hideki went on to form ACID. After a few live events in their early years, they went into the studio at the end of 2004 to record their first album, which was released in March 2005.

Soon after the release of their debut album, Hideki left the band because he didn't want people to compare his old band and his new one. He also wanted to see the band to go by their own way. He also stated that the band is his pride, and would like to see them perform in Tokyo Dome one day.

Their second full album, ACID 2.0 ~SPIRITUAL CIRCUS COMPLETE~, was released in 2006. The album was a "completed" version of their mini-album released earlier, ACID 1.7 ~SPIRITUAL CIRCUS~. And then, after 10 months without new materials, their first single, "0:00 AM / Hanafubuki" was released in late February 2006, followed by their third full album PRAY FOR THE FUTURE, which was released in June. However, prior to the release of the album, Kim had to leave the band to join the mandatory military service in Korea. Even though they were now down to 5 members, their activities were very much alive, having spent most of 2007 on the stage. In January 2008, they released a new single called "Sekai ga Owaru Made wa... / FAKE", which was their final release as ACID. In September, Junpei, who had been suffering from a heart illness, left the band along with Masamitsu (Masamitsu's reason for leaving was never been mentioned), forcing the remaining 3 members to stop their activities.

After a few discussions, they decided to disband ACID, hire a new vocalist and change their name. In 2009, they welcomed Sakagami Mizuki who used to play with Daisuke as their new vocalist, changed their name into Needless Lyrics, putting an end to ACID, along with Hideki's wish to see them performing in Tokyo Dome.