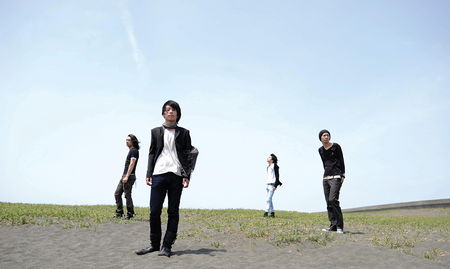 Needless Lyrics is a four member Japanese rock band signed with the indies label AKATSUKI label, a subsidiary of J-ROCK management offices. In March of 2009, three former ACID members formed the band with a new vocalist, Sakagami Mizuki. The group debuted with their self-titled album two months later on May 13th. Needless Lyrics almost lasted two years, announcing in November of 2010 that they will disband after their live on January 27th, 2011.[1]

After their last live on September 26th, 2008, ACID lost two members: vocalist Junpei and guitarist Masamitsu. The three remaining members decided to stay together as a new band with a new vocalist. After few discussions, they decided to pick Satou Daisuke's former bandmate, Sakagami Mizuki (they were both in the band e.mu). Now that they had gotten a new vocalist, their music style changed accordingly. Dropping the name ACID, they adopted Needless Lyrics as their new name.

On November 19th, 2010, the band announced that they will be disbanding. The members had thoroughly discussed this together, and are disbanding after coming to the conclusion together.[1] Their last live concert, titled "Arigatou.", is scheduled to take place on January 27th, 2011 at Shibuya BOXX. A special limited CD will be presented to everybody who attends their final performance.