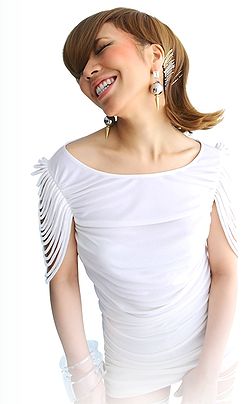 ARIA first started performing after a college friend took her to a club where she performed Bohemian Rhapsody by Queen at the open mic. She began performing underground in clubs and the like, and eventually debuted under avex as Asuka. In late 2005 she was moved to avex sublabel rhythm zone and her stage name became ARIA.

Besides this basic information not much is known as she likes to keep her private information a secret.