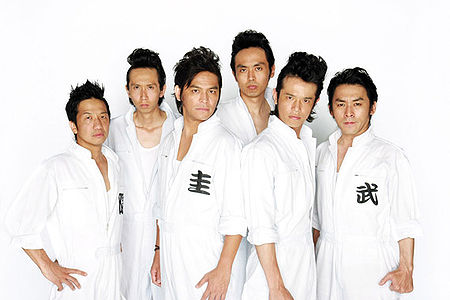 AIR BAND (エアバンド) is a Japanese band that started in 2008 for the television Quiz Hexagon under the label Up-Front Works.

The band started to formed around June to August 2008 and was christened the name Air Band at a concert in September of that year. They started to appear on various television shows and played backup on various singles by the Hexagon Family like Mou Sugu Christmas. They also appeared on the Hexagon All Star album, WE LOVE Hexagon.