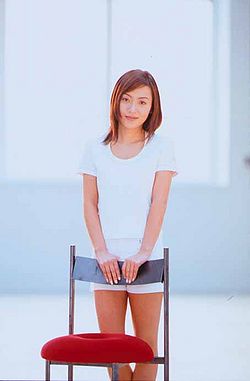 Amano Megumi (天野恵) was a Japanese pop singer. She participated in the Komu-ro Garçons (ASAYAN Idol Group Audition 96) which aired on the TV show ASAYAN. That audition didn't spawn any winners, but Amano was one of fifteen girls who founded the Komuro Tetsuya produced idol group L☆IS.