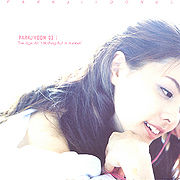 The Age Ain't Nothing But A Number Cover

"Amugeotdo Mollayo" is a song released by Park Ji Yoon and included on her third album The Age Ain't Nothing But A Number as track #2. It was used as a lead track for the album.